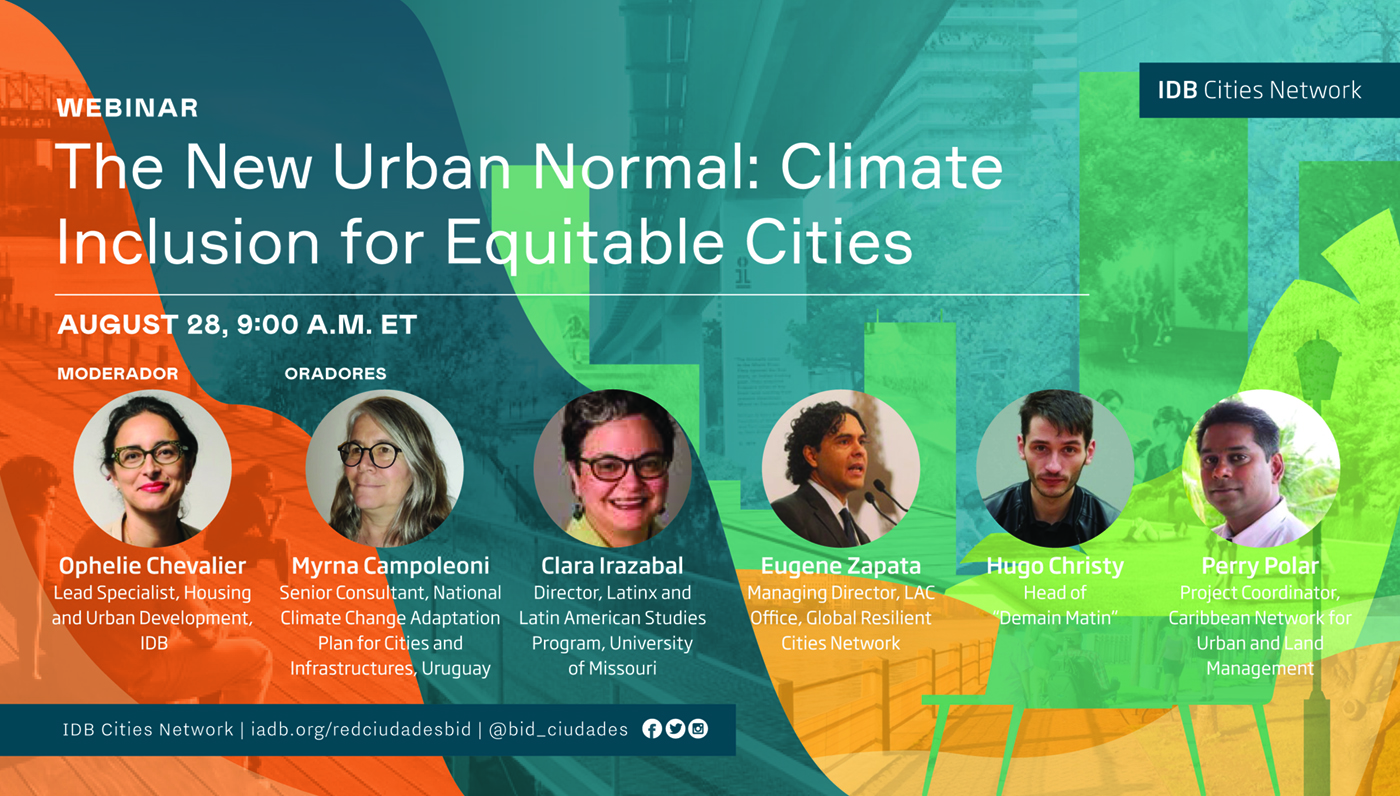 Dr. Perry Polar of the Caribbean Network for Urban and Land Management was a panelist on the IDB City Network’s webinar entitled: The New Urban Normal: Climate Inclusion for Equitable Cities on 28th August 2020.

In his presentation, he noted that there were several definitions of the term Environmental Justice and to move forward on the issue in the Latin America and Caribbean, there was need for agreement on a common definition of the term. He proposed the following:

Environmental Justice is the realization of equity driven quality of life and planetary goals particularly through the removal of institutional barriers which contribute to inequality and the incorporating of the public voice in governance.

Equity can be defined simply as the means of achieving equality. He argued that modern societies have recognized the need to create formal equality of opportunity, that is, requirements on firms, universities and colleges, and government as an employer, to allow for access by persons who have been historically marginalized. The Quality of Life goals and Planetary goals therefore must include targets and be guided by principles which can create equality. He noted that principles on which equity can be based may be similar to those found in the Regional Agreement on Access to Information, Public Participation and Justice in Environmental Matters in Latin America known as the Escazú Agreement. These include equality, non-discrimination, transparency and accountability, good faith, precautionary principle, intergenerational equity, sovereignty of States and sovereignty of States over their resources.

With respect to Quality of Life Goals, he noted Caribbean territories tended to define the poverty line based on a minimum basket of food and non-food requirements. He argued that while we do have to monitor the levels of poverty and structure policies to bring persons out of poverty we also need to monitor and achieve broader targets relating to quality of life in general, which also impacts the poor. Although some Quality of Life indicators are encompassed in the UNDP Human Development Index, he suggested that a greater effort needs to be made to develop and track new indicators, such as cultural retention, despite their subjectivity.

Planetary goals in this definition, he stated, is not just the goals which can allow our planet to maintain a climate which can support human civilization but there was a need to think of the planet and nature as having rights. He cited Ecuador amending their Constitution to recognize the inherent rights of nature, New Zealand’s  recognition of rights for a river important to an indigenous population, and Judicial arguments and decisions recognizing the rights of nature. The practical value of giving nature rights is that if State institutions fail for whatever reason to protect the environment, citizens can be empowered to use the court system to protect the rights of nature.

Institutional barriers, he noted are varied. Important barriers in the Caribbean include challenges to evidence-based decision making and the effectiveness of planning and management.  Often times, useful information exist, however, it remains in the realm of government or agencies and are not shared or coalesced in a meaningful way that it can be utilized for planning at the city or Municipal level.

He stressed the importance of the public voice in governance, which in this context, means ensuring that majority and minority voices are meaningfully reflected in public policy. He noted that there needs to be serious consideration of civil society concerns voiced in formal processes to gather stakeholder contributions and greater participation of citizens in the struggle for Environmental Justice.